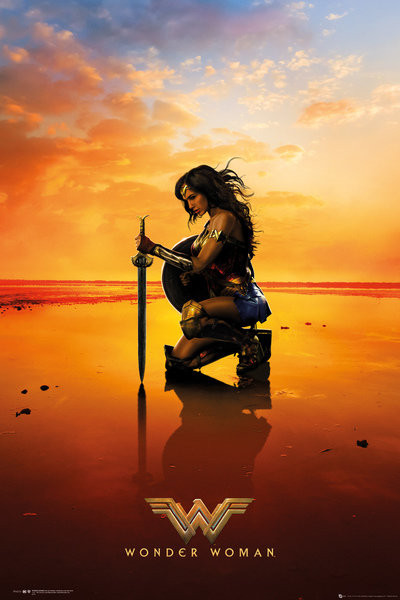 “Only love will truly save the world.”

Wonder Woman, the myth, the legend, the saviour female-led films everywhere. Although we’ve seen countless iterations of her male counterparts, be it Batman or Superman this is Diana Prince’s first feature length film. In spite of the odds stacked against it, Wonder Woman pulls through its own weight to deliver a genuinely enjoyable gem of a superhero film, even amidst the genre’s darkening landscape.

Kicking off on the island paradise Themyscira, the film follows the youth and upbringing of Diana (played as an adult by Gal Gadot), who gets caught in the crossfire of her overprotective mother Hippolyta (Connie Nielson) and her warmongering aunt Antiope (Robin Wright). Ultimately, however, Diana is trained to be a fearsome warrior, and right from the beginning of the film, there are early glimpses into the fact that there’s far more to her than meets the eye. However, it’s only when Captain Steve Trevor (Chris Pine) crashes onto the island and whisks Diana off to a war torn London that the plot really starts to take off. On her way to defeat the elusive god of war, Ares, Diana also learns about the human condition, and that mankind is not as inherently good as she has always been led to believe.

Overall, Wonder Woman works expertly, not only just as a typical superhero origin story, but also as a coming-of-age tale of a young girl learning to come into her own. Gadot makes the perfect balance between fearless warrior and naïve girl, never feeling out of place with either side. She’s wide-eyed and enthusiastic about what Man’s World has to offer, but also ready to drop her coat at a moment’s notice to destroy a German stronghold.

Director Patty Jenkins, the first female director for a superhero film, treats Diana as a full character, never once interrupting her action scenes with leering shots or ogling gazes, but rather, treating the character with the respect she deserves. Filling in as the Peggy Carter to Gadot’s Steve Rogers, Chris Pine, of Star Trek fame, plays off Gadot’s no-nonsense performance with adoring charm, allowing audiences to fall in love with Steve Trevor as quickly as Diana does. Unlike most superheroes’ love interests, Pine’s character is a fully fleshed out character who stands out in his own capacity, though never outshining the star.

Bringing back Wonder Woman’s Theme from Batman v Superman: Dawn of Justice, the score hits all the right notes in all the right places, successfully augmenting Diana’s shift from warrior to superhero. Colours also play a large part in the film, signalling large thematic changes. While Themyscira is full of lush greens and vibrant blues, London strips away the bright hues for a washed out colour palette which effectively conveys the bleak atmosphere. In one particular standout sequence, Diana stands against a dull background, her bright costume being the only thing that stands out in the screen. In that moment, she brings hope and light to the oppressed, and that one shot is a perfect display of that.

Unlike other superhero films set in wartime, like 2011’s Captain America: The First Avenger, Wonder Woman properly makes use of its setting, fully exposing war for what it is­ ­– ugly and horrifying. Other than playing up the obvious themes of feminism and love, the film also touches lightly on the suffrage movement, racism, PTSD, and colonialism. Amidst other mindless action blockbusters, such a move is hugely refreshing, and certainly welcome.

Unfortunately, every film has its flaws, and Wonder Woman is no exception. Despite a stellar two-thirds, the film sags in its last act. Despite dismantling Diana’s belief in the goodness of mankind by saying that men are bad, Wonder Woman can’t resist the allure of an overblown CGI battle, pushing Ares back into the plot at the last minute for Diana to end the film with a giant fight, after which soldiers from both sides of the conflict start to hug it out, like they hadn’t just been trying to kill one another.

Thankfully, Gadot and Pine’s electric chemistry pull the last act out of disaster, hitting its audience with the perfect emotional beats to elicit tears for the doomed couple. Wonder Woman isn’t flawless by any stretch, but in a post-President Trump world where disrespect of women is the rule and not the exception, it’s the film we need. So Hippolyta was right: The world of men does not deserve Diana. That doesn’t mean that we don’t need her.