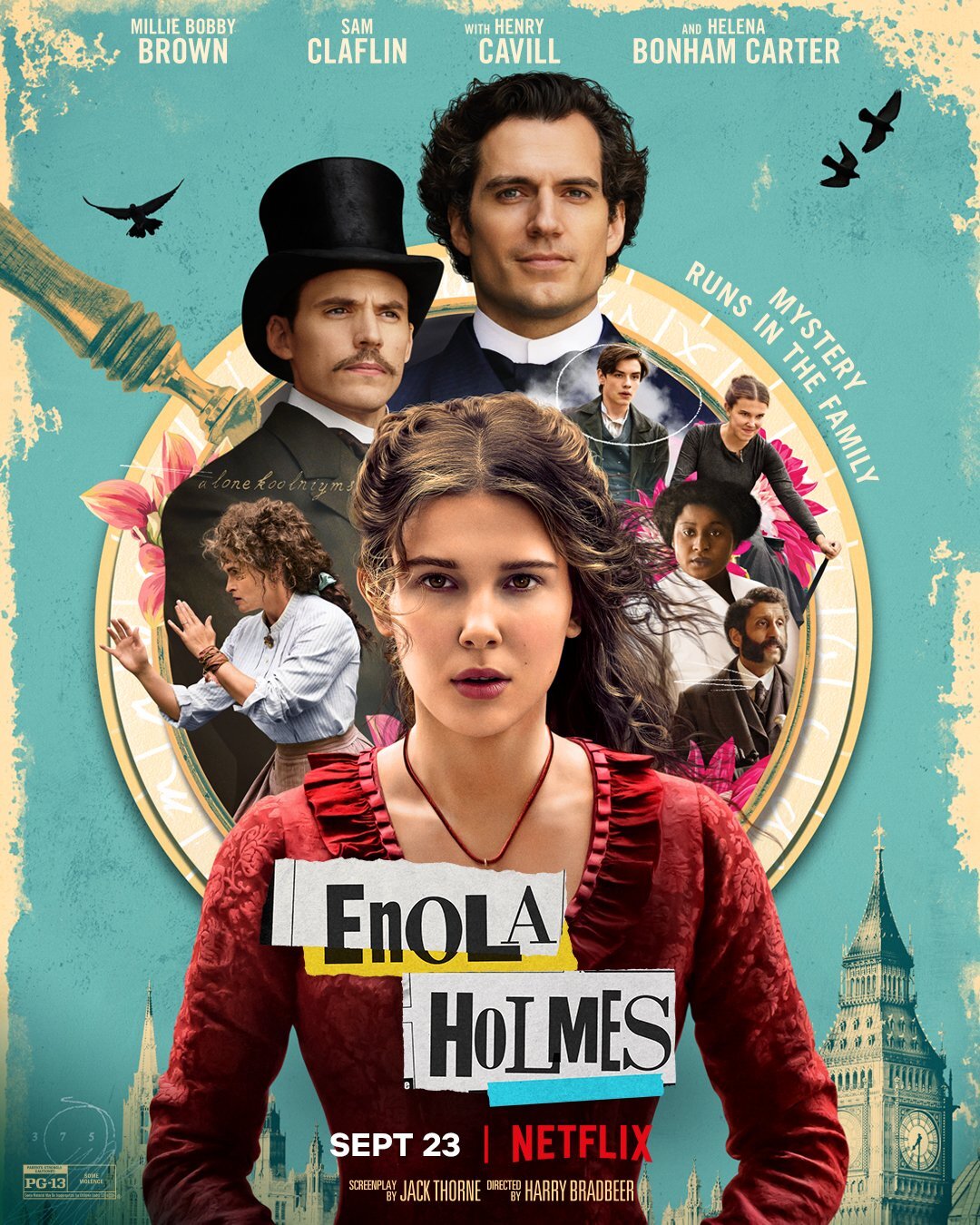 The film that we’ll be talking about today is Enola Holmes, directed by Harry Bradbeer. Harry Bradbeer, is a British film and television director known for his work on Killing Eve. A multi award-winning director, he began his career as an assistant to John Schlesinger.

Enola Holmes was released on Netflix in September 2020 to generally positive reviews from critics.Millie Bobby Brown, known for her role in Stranger Things, plays the titular character of Enola Holmes. In this film, Enola is left behind by her mother on her birthday. Her brothers that are seldom home, Sherlock Holmes and Mycroft Holmes come back home to look for their missing mother. Mycroft wants to control Enola and change her into a proper lady. Enola dislikes the feeling of being controlled and stumbles upon a hidden message left behind by her mother. She decides to leave home and look for her missing mother. Throughout her journey, she meets with several obstacles.

Personally, I love the way Harry Bradbeer directed the film. Millie Bobby Brown was told to look into the camera and “narrate” the film from time to time to keep the audience engaged. I love this concept as it makes me feel like the characters are communicating with the audience directly through the screen. I would love to say that the Mise-En-Scene in this film is really great too! From the dialogues to set-up it makes it really believable.

Would you embark on an adventure as a detective looking for your missing mother?